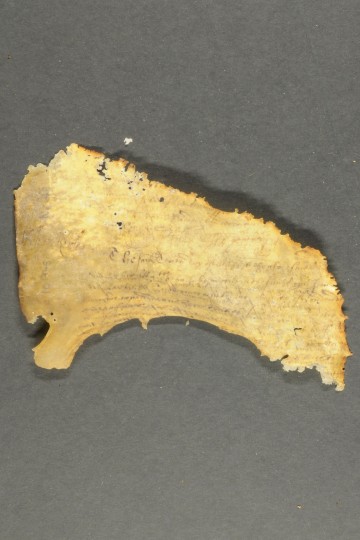 covenants and agreements as in the aforesaid agreement made by the said commissioners and [...] beforenamed are contained [...] In witness whereof the said Com[m]issi oners and the said Hewett Finch have putt to their hands the day and ye ar abovewritten:

The said Tenth day of August the aforesaid Com missioners for and on his Ma[ies]t[ie]s behalfe by vertue of the said Com[m]ission and William Rowley of Tubbermore in the late County of Londonderry gentleman Doe conclude and agree that the said William Rowley his heirs [and] assignes shall have and hold for ever All that halfe To wnland com[m]only called or known by the name of Tubber More a[...] halfe T own land [...]gh with the ap purtenances [...] ther[...]

The said tenth day of August, the aforesaid commissioners for and on his Majesty’s behalf by virtue of the said commission, and William Rowley of Tobermore in the late county of Londonderry, gentleman, do conclude and agree that the said William Rowley, his heirs and assigns shall have and hold forever all that half townland commonly called or known by the name of Tobermore a[…] half townland […]gh, with the appurtenances, […] ther[…]