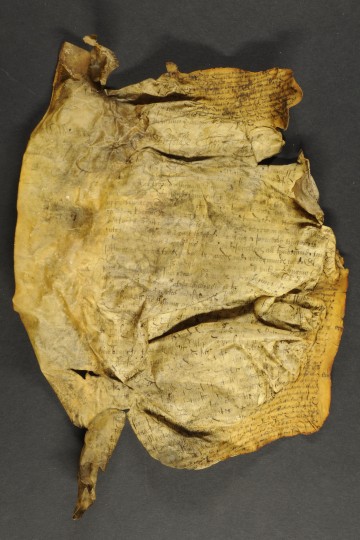 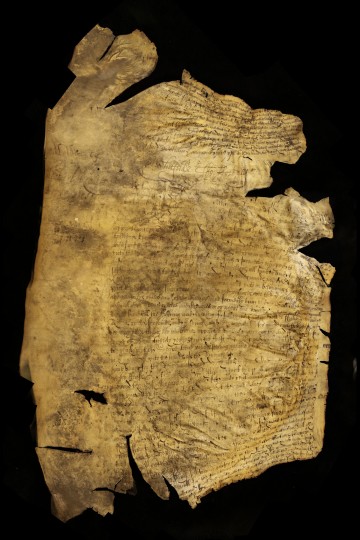 successo rs rough timber for building and repairing the aforesaid house and houseboot in convenient places within the late county of Londonderry to be spent uppon the p[re]misses and not elsewhere and that the said William and his assignes shall and may from time to time during the said term of years have and take fireboote and hedgeboote to be taken in and uppon the rootes stumpes and trunc ks of trees fallen or lyeing on the ground and not fitt for building thornesbushes shreadings and lops of trees groweing uppon the p[re]misses if the same be there to be had the same to be spent uppon the premisses and not otherwise And that his ma[ies]tie wil[l] be gratiously pleased to ratifie and confirme this agreement by letters Patents under the great Seale of England and that the said W[illia]m Hammond shall coven[a]nt and grant thereby for him his heires executors administrators [and] assignes to performe what is hereby agreed on his part In witnes whereof the said Com[m]ission[er]s and the said William Hammond have putt to their hands the day and yeare abovewritten:

successors, rough timber for building and repairing the aforesaid house and houseboot in convenient places within the late county of Londonderry to be spent upon the premises and not elsewhere, and that the said William and his assigns shall and may, from time to time during the said term of years, have and take fireboot and hedgeboot to be taken in and upon the roots, stumps, and trunks of trees fallen or lying on the ground and not fit for building, thornbushes, shreddings and lops of trees growing upon the premises if the same be there to be had, the same to be spent upon the premises and not otherwise. And that his Majesty will be graciously pleased to ratify and confirm this agreement by letters patent under the Great Seal of England, and that the said William Hammond shall covenant and grant thereby for him, his heirs, executors, administrators, and assigns to perform what is hereby agreed on his part. In witness whereof the said commissioners and the said William Hammond have put to their hands the day and year abovewritten:

The said nineteenth day of September, the said commissioners for and on his Majesty’s behalf by virtue of the said commission, and Michael Richmond of Termoneeny in the late county of Londonderry, wheelwright, for and on the behalf of himself and Brian Preston of Termoneeny aforesaid, husbandman, do conclude and agree that the said Michael Richmond and Brian Preston and their assigns shall have and hold all that townland commonly called or known by the name of Cabragh, with the appurtenances in Termoneeny aforesaid, or by whatsoever other name or names the same be called or known, containing by estimation one hundred ninety and five acres Irish measure, and all cabins, edifices, and buildings thereupon, and also all ways and passages unto the premises or any part thereof belonging or formerly enjoyed therewith. Excepting and reserving unto his Majesty, his heirs and successors all timber and timber trees, storiers, saplings and great trees, and all the woods and woodgrounds called Glenconkeyne and Killetra, and all mines and quarries in, upon, near unto, or belonging to the premises or any part thereof, and all such reasonable ways and passages over the premises for the tenants and occupiers of his Majesty’s other land as have formerly been used, and all the River of Bann, and all other rivers, creeks, and streams in or near the premises, and the soil and ground thereof, and all the fishing and taking of salmon, eels, and other fish in the said rivers, creeks, streams, and fishings, and liberty to make houses and draw their nets and do any other thing else whatsoever upon the premises concerning the said fishings, for the term of one and twenty years from the feast of Phillip and Jacob now last past, and under the yearly rent of seventeen pounds sterling payable into the receipt of his Majesty’s Exchequer in England, or unto the hands of the Receiver of his Majesty, his heirs and successors for the time being for the revenue of Londonderry, also Derry, and Coleraine or either of them at the feasts of All Saints and Phillip and Jacob by equal portions, upon condition that the said term shall cease and be void if the said rent or any part thereof shall be behind and unpaid by the space of fifty days next after any of the said feasts or days of payment aforesaid, and the said Michael and Brian or their assigns shall, at his or their proper costs and charges within five years now next coming, erect and build and fully finish upon the premises one sufficient and substantial house of timber, stone, or brick after the manner of an English house, two stories high and containing four rooms at the least, and the said Michael and Brian or some other able and sufficient tenant with his family shall, from time to time during the said term of years, be resident and inhabitant in and upon the foresaid premises and shall, during the said term, grind at his Majesty’s mill within the late Manor of Vintners or Proportion of land called the Vintners’ Proportion, all his and their malt, corn, and grain which he or they shall expend or use upon the premises or being ground shall sell to any person or persons and pay for grinding thereof to the miller of the said mill, for the time being the sixteenth part of all the said malt, corn, and grain, and shall do suit at the court baron to be holden for such manor as his Majesty shall erect, create, or make upon or within the said Proportion from three weeks to three weeks if the same shall be so often held, and shall, during