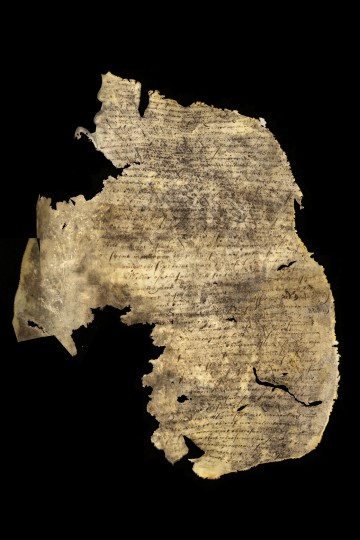 and Strea ms within the province of Ulster and every of them and all the ground and soyle of the said Riv ers creekes and streams with free liberty ingress egresse and regresse for the Ten[a]nts occupiers and fishers of the said rivers and ffishings and their servants [and] assignes to build and make houses sheds and other convenient places for lodginge of ffisherm en and others to be imployed in and about the said Rivers Creakes and fishings or any of them and to stand and draw their netts and carry the ir fish on land and dry and amend their netts and hoope, pickle, and tr im up their Caske, and doe any other thing else concerninge the said fishings or ffishermen for their comfortes or occasions up[p]on any p[ar]te of the shores or lands, adioyninge or neere to the said Rivers, creakes and ffi shings or any of the m without lett or interrupc[i]on, yeildinge and p aying therefore to his Ma[ies]ty his heires and Successors the yearly re nt of [...]teene pounds sixe shillings eight pence of lawfull money of England att the ffeasts of All S[ain]ts [and] Phillip and Jacob by eq ual porc[i]ons into the Receipt of his Ma[ies]t[ie]s Exchecq[uer] in England or unto the hands of the Receivor of his Ma[ies]ty his heires [and] success ors for the tyme beinge for the Revennue of Londonderry als[o] Derry and Colerane or either of them And doinge suit att and to his Ma jesty’s mill within the said Proporc[i]on or late Mannor of ffreemore that is to say, That they the said Edward Rowley and Shane O Cahan and their assignes shall grind att the said Mill and not elsewhere all the Corne and graine that shall be used or spent in and up[p]on the premisses or any p[ar]te thereof, and yeildinge and givinge the sixeteenth part thereof for the Moulture thereof to the Miller of the said Mill for the tyme beinge And the said Edward Rowley and Shane O Cahan or their assignes shall at their own prop[er] Costs and charges maintayne and keepe all the [...] and buildings up[p]on the premisses in good and sufficient reparac[i]ons duringe the life of the said Dame Honora, and that the said Edward Rowley and Shane O Cahan and [...] other ten[a]nts att the least with their families shall from time to time duringe the life of the said Dame Honora be resident and inhabitant in and up[p]on the premisses and shall within [...] years next ensuinge if the said Dame Honora shall soe long live at their own prop[er] costs and charges well [and] sufficiently with ditches and double quicksett or other sufficient ffences or devisions sever and part all the said premisses from the other lands of his Majesty and his tenants and from the lands of other persons neere adjoining unto the premises and the same shall from tyme to tyme preserve and keepe And that the said Edward Rowley and Shane O’Cahan and their assignes shall not, nor will not demise or let the premisses or any p[ar]te thereof nor voluntarily nor willingly suffer the same or any part therof to come to the hands or possession of any p[er]son or p[er]sons whatsoever that shall not then have taken the oaths of alleagiance and supremacy before some Justice of the Peace or others in that behalf lawfully authorised and that his Ma[ies]ty will be gratiously pleas ed by letters patent under the Great Seal of England to ratify and confirm this agreement and that the said Edward Rowley and Shane O'Cahan shall covenant and grant thereby for them their heirs executors administrators and assigns to perform what is hereby agreed on their parts