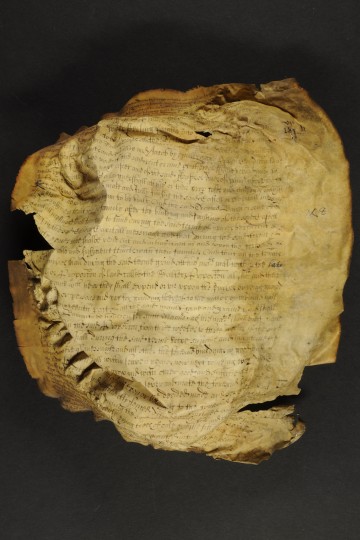 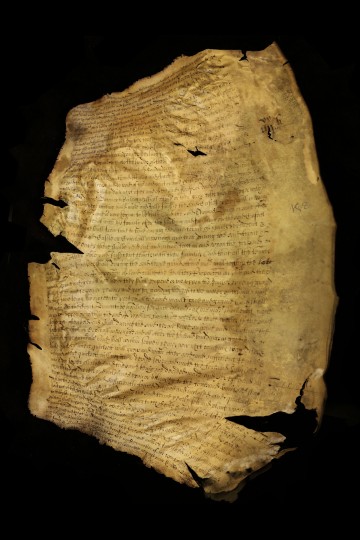 Irish measure, and all cabins, edifices, and buildings thereupon, and also all ways and passages to the foresaid premises or any part thereof belonging or formerly enjoyed therewith. Excepting and reserving unto his Majesty, his heirs and successors, all timber and timber trees, storiers, saplings and great trees, mines, and quarries in, upon, or belonging to the premises orany part thereof, and also excepting and reserving all his Majesty’s woods and woodground in Glenconkeyne and Killetra, and all such reasonable ways and passages over the premises for the tenants and occupiers of his Majesty’s other lands as have formerly been used, and all the River of Bann and all other rivers, creeks, and streams in or near the premises and the soil and ground thereof. And all the fishing and taking of salmon, eels, and other fish in the said rivers, creeks, streams, and fishings and liberty to make houses and draw their nets and do any other thing else whatsoever upon the premises concerning the said fishings, for the term of one and twenty years from the feast of Phillip and Jacob now last past, for and under the yearly rent of four-score pounds sterling payable into the receipt of his Majesty’s Exchequer in England or unto the hands of the Receiver of his Majesty, his heirs and successors, for the time being for the revenue of Londonderry, also Derry and Coleraine or either of them, at the feasts of All Saints and Phillip and Jacob by equal portions upon condition that the said term shall cease and be void if the said rent or any part thereof shall be behind and unpaid by the space of fifty days next after any of the said feasts or days of payment aforesaid. And the said Thomas Bacon or his assigns shall at his or their proper costs and charges, within five years now next coming, build, make, and fully finish the said castle or capital messauge in such manner as the same is now begin to be built. And the said Thomas Bacon, or some other able and sufficient tenant with his family, after the building and finishing of the said castle or capital messuage shall from time to time during the said term of years be resident and inhabitant in the said castle or capital messuage, and that during the said term of one and twenty years there shall be resident and inhabitant in and upon the foresaid premises nine other able and sufficient tenants with their families. And that all the tenants of the foresaid premises shall during the said term grind at his Majesty’s mill within the late Manor of Sal or Proportion of land called the Salters’ Proportion, all his and their malt, corn, and grain which he or they shall expend or use upon the premises, or being ground shall sell to any person or persons and pay for grinding thereof to the miller of the said mill, for the time being the sixteenth part of all the said malt, corn, and grain. And shall do suit at the court baron to be holden for such manor as his Majesty shall erect, create, or make upon or within the said Proportion, from three weeks to three weeks if the same shall be so often held, and shall during the said term keep, sustain, and maintain the foresaid castle or capital messuage and all other the foresaid buildings in good and sufficient reparations. And shall within seven years now next coming, with dikes and double quicksett where quicksett will grow and with other good and sufficient fences and enclosures where quicksett will not grow, divide, sever, and make the foresaid premises into ten several closes, and the same being so divided, made, and severed, and all other the hedges, ditches, and enclosures upon or belonging to the foresaid premises shall keep and maintain well and sufficiently fenced, ditched, and enclosed and quicksetted during the said term. And shall during the said term yearly set and plant upon some some part of the foresaid premises twenty young trees of oak or ash fit or likely to grow to be timber trees, and the same or others to be set or planted in the rooms and steads of such of them as shall happen to die, shall maintain preserve and keep from hurt and spoil during the said term. And shall, at his and their proper costs and charges, during the said term have and keep in readines upon the foresaid premises for the service of his Majesty, his heirs and successors, one pike and corslet and one musket furnished in such manner as the same shall and may be allowed by the Muster Master of the county in which the premises are for the time being. And that upon reasonable request there shall be allowed and set